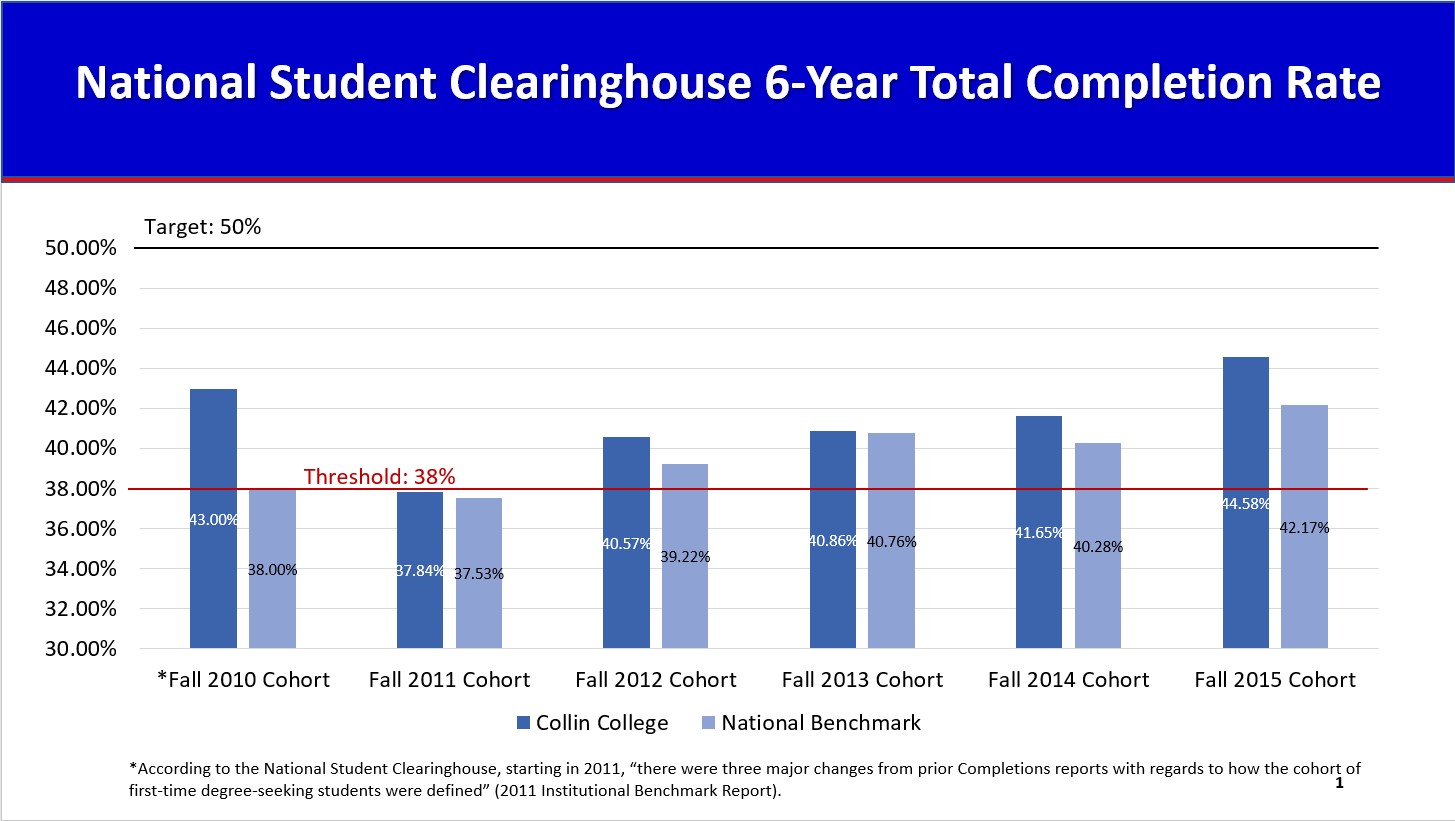 The preceding 6-Year Completion Rate chart is based on data from National Student Clearinghouse
Institutional Benchmark Reports 2010-2014. The cohorts examined in these studies are made up of first-time
degree-seeking students, of any age, who began their postsecondary studies in the fall term of the cohort year.
The study followed the cohort through May 31st of the sixth academic year and highlights six-year student
outcomes, including degree and certificate completion. Based on the changes to these calculations, Collin College focuses on the Fall 2011 cohort as the baseline.

*According to the National Student Clearinghouse, starting in 2011, “there were three major changes from prior
Completions reports with regards to how the cohort of first-time degree-seeking students were defined”
(2011 Institutional Benchmark Report). 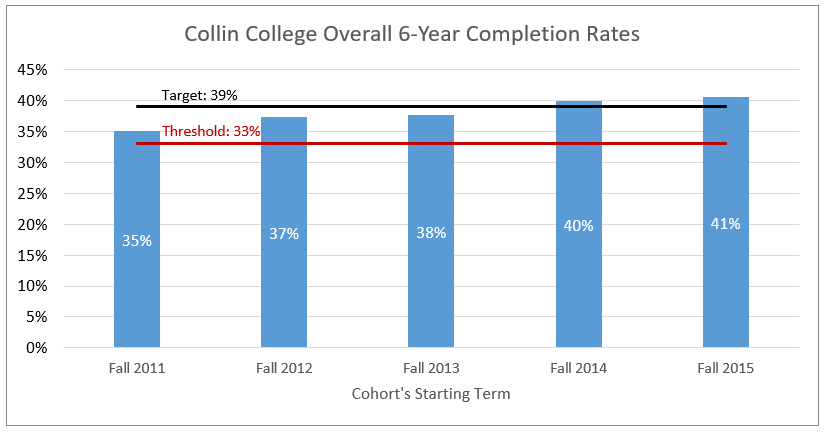 Completion rates are based on Collin College data and reflect the numbers of degrees and certificates awarded to
first-time post-secondary students enrolled at Collin during the designated fall semester whether awarded by Collin
or any other institution.  Preceding 6-Year Completion Rate Source: Collin College ZogoTech Data Warehouse. 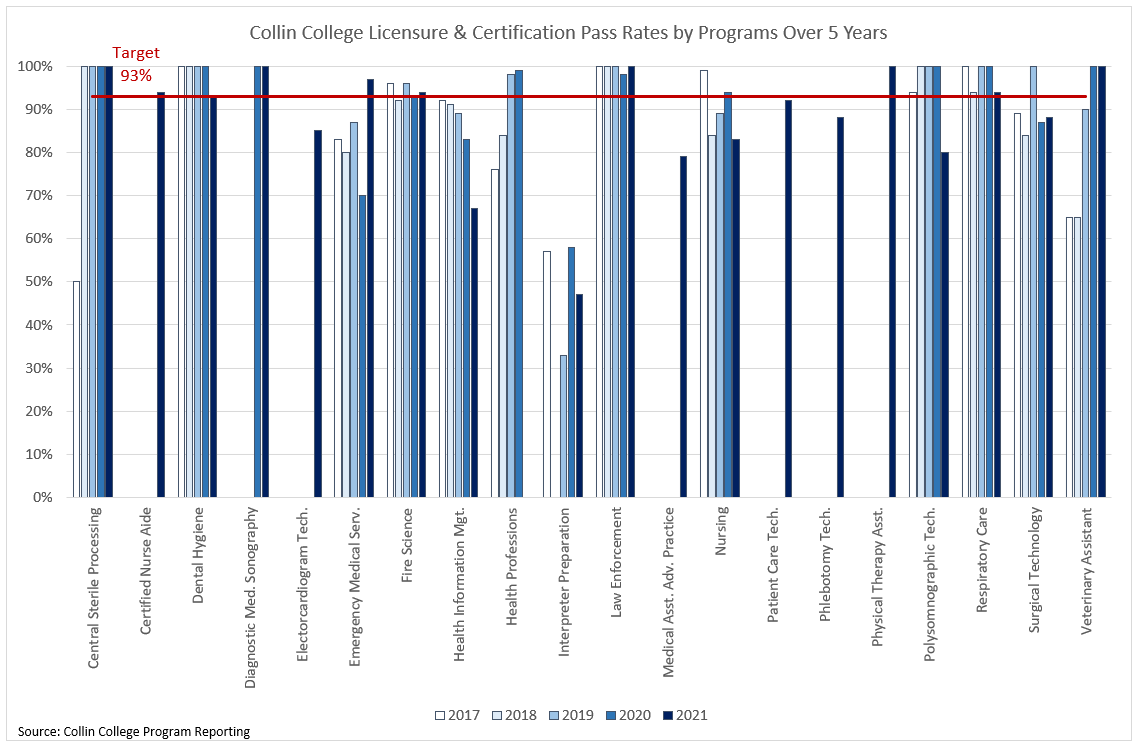 Many of these programs have their own accreditation standards which are closely monitored. Several programs have a very small population of students sitting for certification which can greatly impact the percentages. 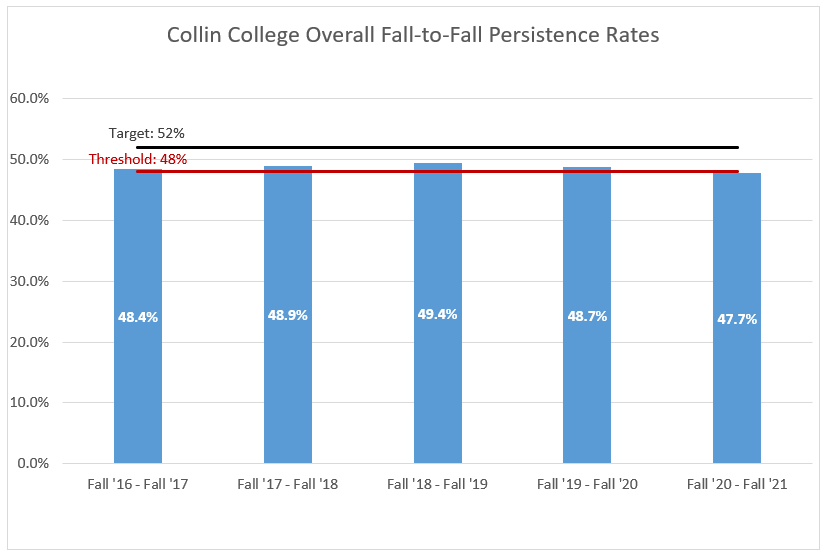 Collin College Fall-to-Fall Persistence Rates in the previous chart represents all students who are enrolled in the fall term of the initial listed year, and what percent of them return for the fall term
of the second listed term (excluding graduates). Source: Collin College ZogoTech Data Warehouse 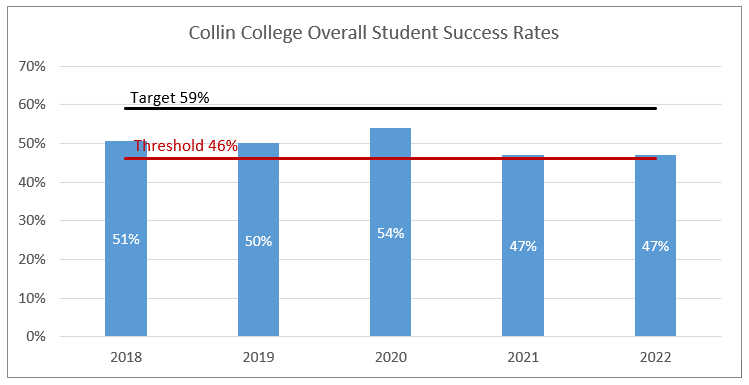 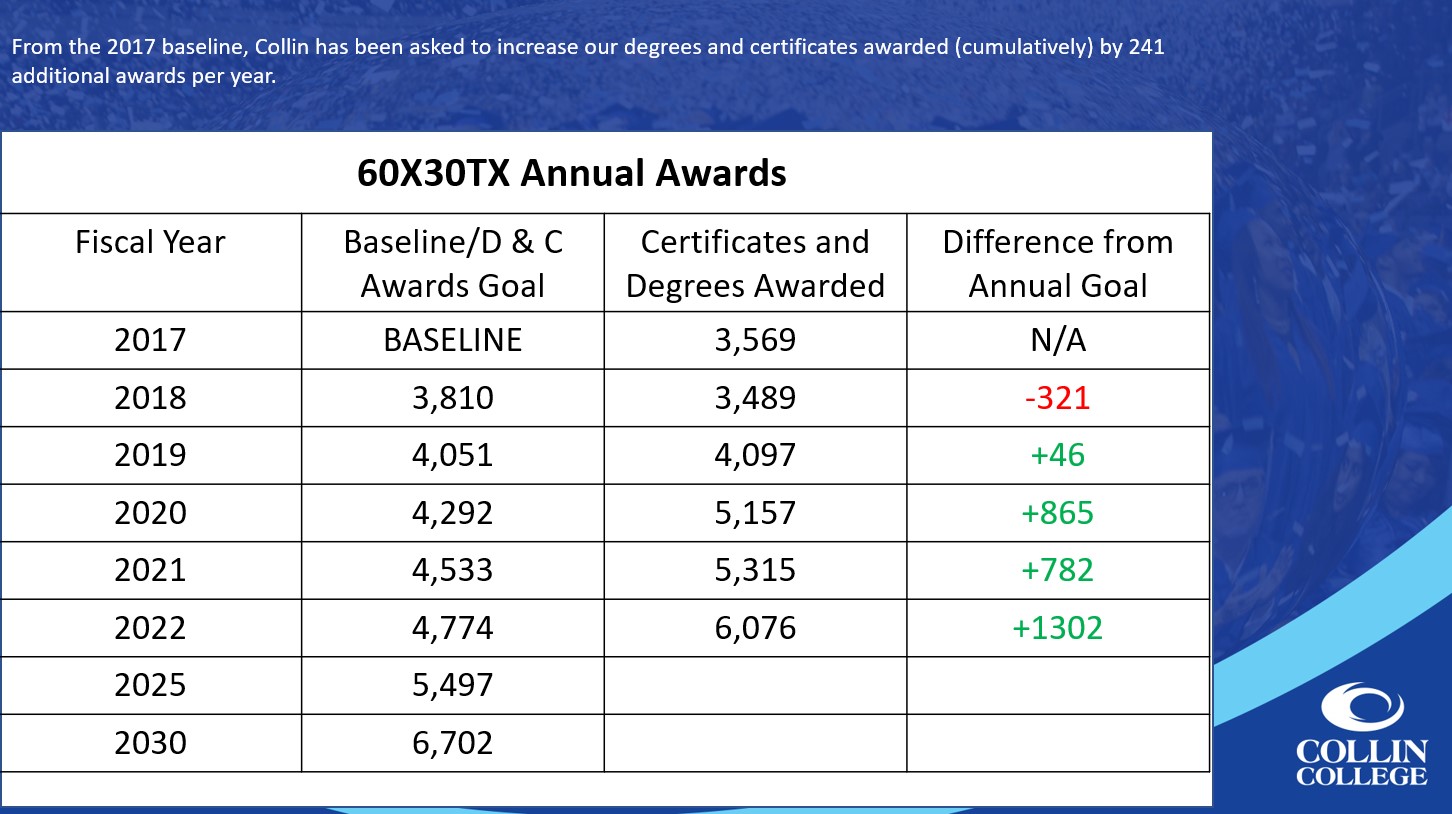