Welcome back, students! All campuses are open and ready to serve students virtually, blended, or in person.
View the College COVID-19 Restart Plan

Passport to the World - Past Events 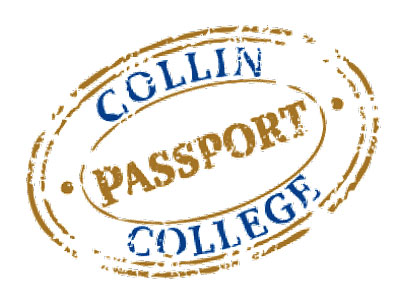 Passport to the World Committee 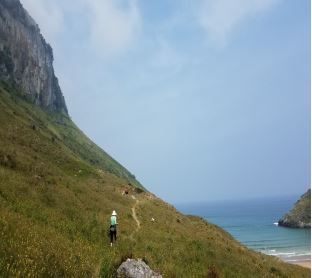 Join us for a walk on the Camino de Santiago, a series of ancient European paths leading to a stunning cathedral in Santiago, Spain. We’ll talk about the literal and figurative highs and lows of our 500-mile journey.

Take a trip with Professor Catie Brooks to South America into the wondrous country of Peru. Learn about new efforts in Peru to support tourism to ancient sites. Marvel at photos of the Maras Salt Mines, Machu Picchu, the Rainbow Mountains, and more! 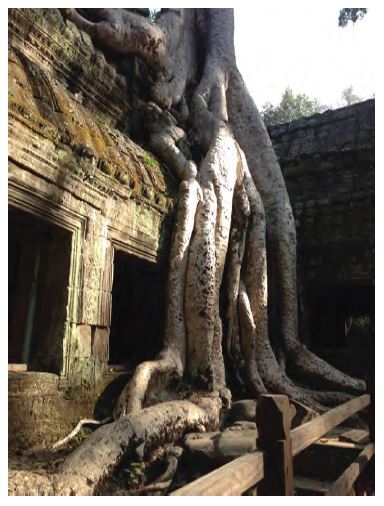 Join Professor Denise Brown to learn about the temples built in 12th Century Siem Reap of modern Cambodia. Originally built as a Hindu temple by the Khmer Empire and later used by Buddhist monks, the temples are architectural marvels that have survived industrialization, war, and attempts by the surrounding jungle to reclaim them. Professor Brown will discuss her journey to the Angkor sites and to other temples in Bangkok, Thailand.

Then and Now: A Tour of the Greek Islands 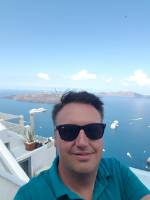 Join Professor Ryan Fletcher for a trip to the Greek Islands. From Athens to Crete to Rhodes, Professor Fletcher will delve into the rich histories and cultures of these islands and their connection to current discourse and storytelling.

The Aloha State: Saying "Hello" & "Goodbye" to the Hawaiian Islands 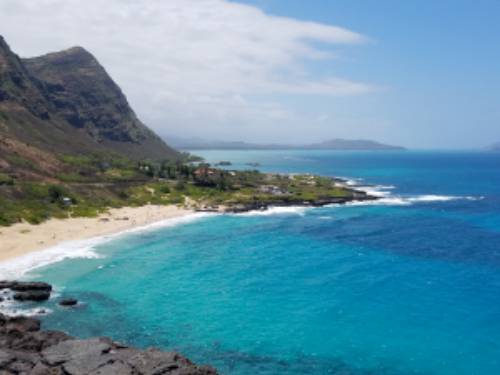 In Hawaiian, "aloha" means both "hello" and "goodbye."  So, if someone says "aloha" to you, how do you know what he/she is saying? Join Dr. Melody Miyamoto Walters and Dr. Lisa Kirby for Passport to the World to find out. Hear a local Hawaiian introduce visitors to Hawaii, and then listen
to the experiences of a Texan who recently visited several of the islands.

Volcanoes Around the World 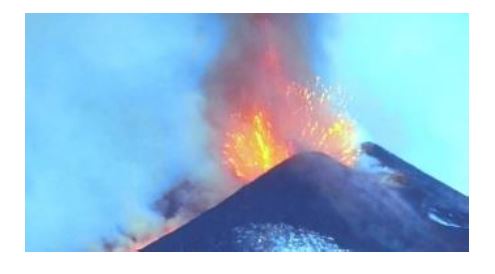 Why do volcanoes form in particular geographic locations? Can a volcanic eruption halfway around the world affect us in the Dallas area?

Join Professor Mike Cohick for an illuminating lecture as he takes us on a journey around the world to view iconic volcanoes and learn about the impact of historical eruptions. Experience both the awesome beauty as well as the terrible destructive power of volcanoes through this photographic excursion.

Where else can travelers explore a high mountain fortress and learn of its rich history?

Where else can one take in nearly 4,000 years of well-preserved architecture and culture?

Travel to Israel for a historical view of the fortress of Masada and the intriguing archaeological site of Beit She'an.  Join Professors Joan Kennedy and Gary Wilson to listen to their fascinating lecture and view striking photographs of Israel’s complex cultural history. 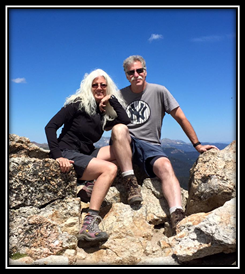 Join us to learn about mountain hikes, abundant wildlife, and breathtaking places of beauty in Rocky Mountain National Park! Listen to a fascinating lecture and view stunning photographs and short videos. As a bonus, come hear harrowing stories of moose encounters, ferocious marmots, and cliff-hanging episodes along the trails!

From Log Cabins to Highrises: Urban Life in Russia 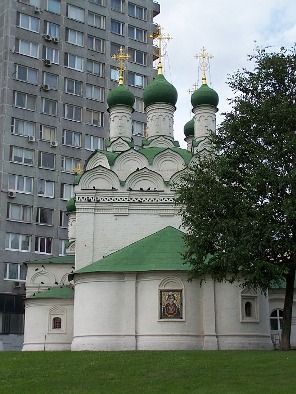 Life in urban Russia has been very different from that in America during the past 100 years. Russians have lived through wars, revolutions, housing shortages, the collapse of the Soviet Union, and great changes in the economy since then. At this Passport presentation, learn about daily life in Russian cities and towns, from highrise apartment buildings in megacities to wooden houses in rural villages—and how Russians escape the pressures of urban living by retreating to their dachas.

Canals and Culture: A First Time Visit to Scandinavia 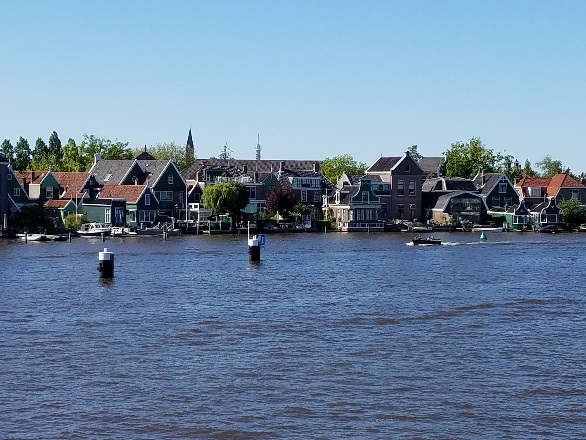 Description: Join professor Allison Venuto for highlights of her summer trip to Oslo, Copenhagen, Stockholm and Amsterdam. From hot dogs and Michelin stars to parkas and bunads, we’ll talk about what made the trip great! Discover the culture and customs of a region that consistently ranks among the happiest places on Earth. Professor Venuto is a professor of education at the Spring Creek Campus.

Srirangam, Canals India: Where the Cauvery (River) Croons and the Lord Reposes

Description: Come join Microbiology Professor Seema Endley as she shares her recent trip to the holy city of Srirangam, which hosts the largest functioning Hindu temples and one of the largest religious complexes of the world. 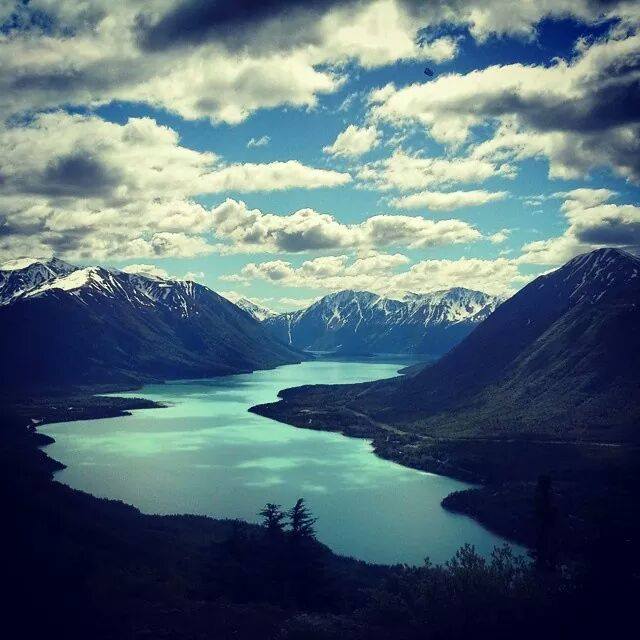 Description: Join Collin College Communications Professor Whitney Pisani for an inside look at the Kenai Peninsula in the southeastern region of Alaska.  Known for its beautiful natural vistas, its abundant and captivating wildlife, and a rich history of the many cultures who have called the area home, the Kenai Peninsula is an amazing destination.

Normandy: Then and Now The People and Places 70 Years after D-Day 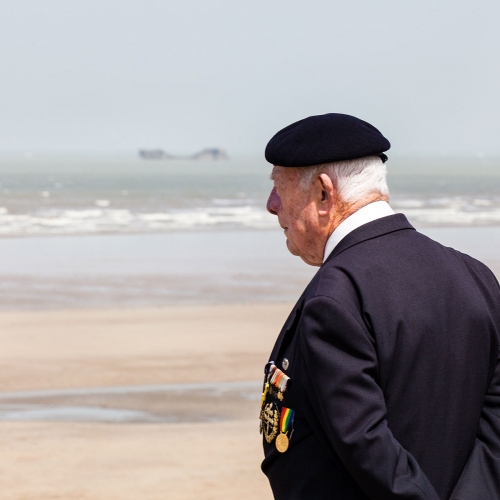 Description: Professor Tony Airhart will take the audience on a journey through the scene of one of World War II's major turning points, as it may have been on D-Day and as it looks more than seven decades later.  From the iconic Omaha Beach and Utah Beach to Juno Beach and Sainte-Mere-Eglise, Normandy has grown into a popular French vacation destination, but signs of the epic beach landings and battles can still be found if you are looking. 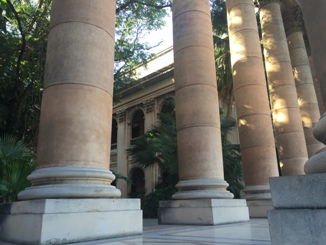 Description: Beautiful beaches, historic universities and vintage cars make up the charm that is Cuba – “Pearl of the Caribbean.” Dr Stephen Whitley visited Cuba for the first time in March 2016 and Professor Frozina Goussak grew up in Havana. Together, the two will share the wonderful sights and sounds of this beautiful island nation, which was largely shut off to Americans for decades. 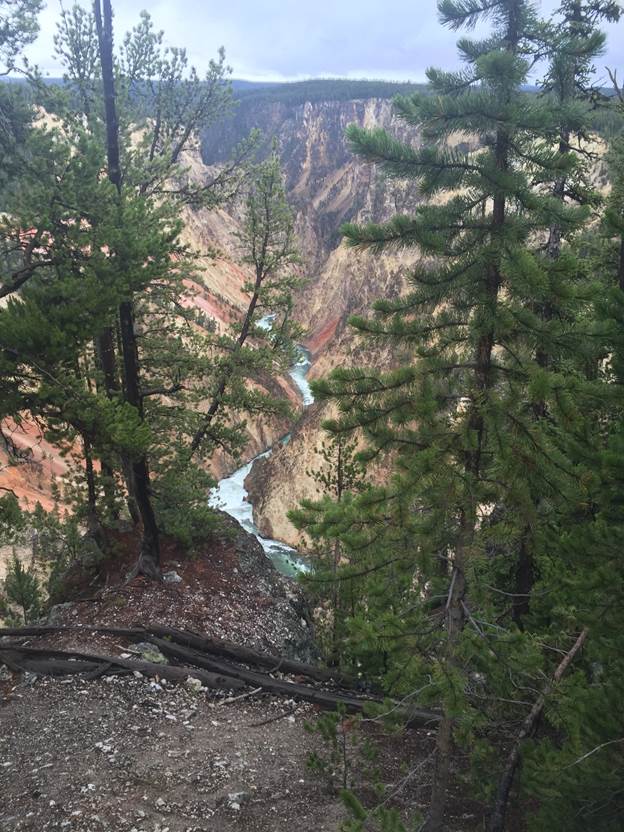 Iceland: The Land of Contrast and Culture 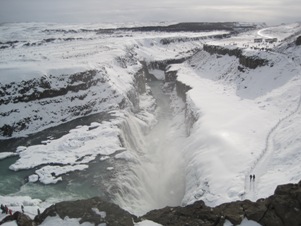 Description: Join Dr. Rebecca Burton in her Icelandic adventure! From the icy glaciers and waterfalls to the fiery volcanoes and thermal baths, Iceland is a geological wonderland. Learn more about Iceland's rugged landscape and the unique culture shaped by over 1000 years of history and legend.

Not Just Paris: Experiencing the Essence of France in Provence 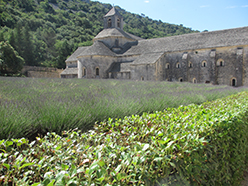 Description: Bonjour!  Join Professor Ryan Fletcher for a trip to the South of France.  There's more to see and experience in France than just Paris, believe it or not.  In the summer of 2015, Professor Fletcher traveled to Provence, a region full of villages, Roman ruins and fields of lavender nestled between Paris and the Mediterranean Sea.  Every village offers something new...and tasty!  The architecture!  The landscapes!  The sea!  The markets!  Provence has inspired many artists, including Van Gogh, Matisse and Renoir.  Come and see the colors of Provence!

From Namaqualand to Swaziland: Biological Field Work in Southern Africa 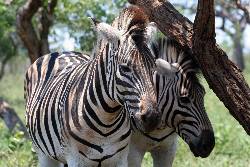 Description:  Join Dr. Thomas Eimermacher on a journey of biological discovery through Southern Africa — from the Kalahari Desert and Namaqualand in South Africa to the Lowveld of Swaziland. Explore the different parts of Southern Africa with Dr. Eimermacher as he studies the regional diversity of reptiles and amphibians.  Learn about the culture, local folklore, flora and fauna. See what biological field work on the African continent is like.

Peru: Lima to Machu Picchu to the Amazon Forest! 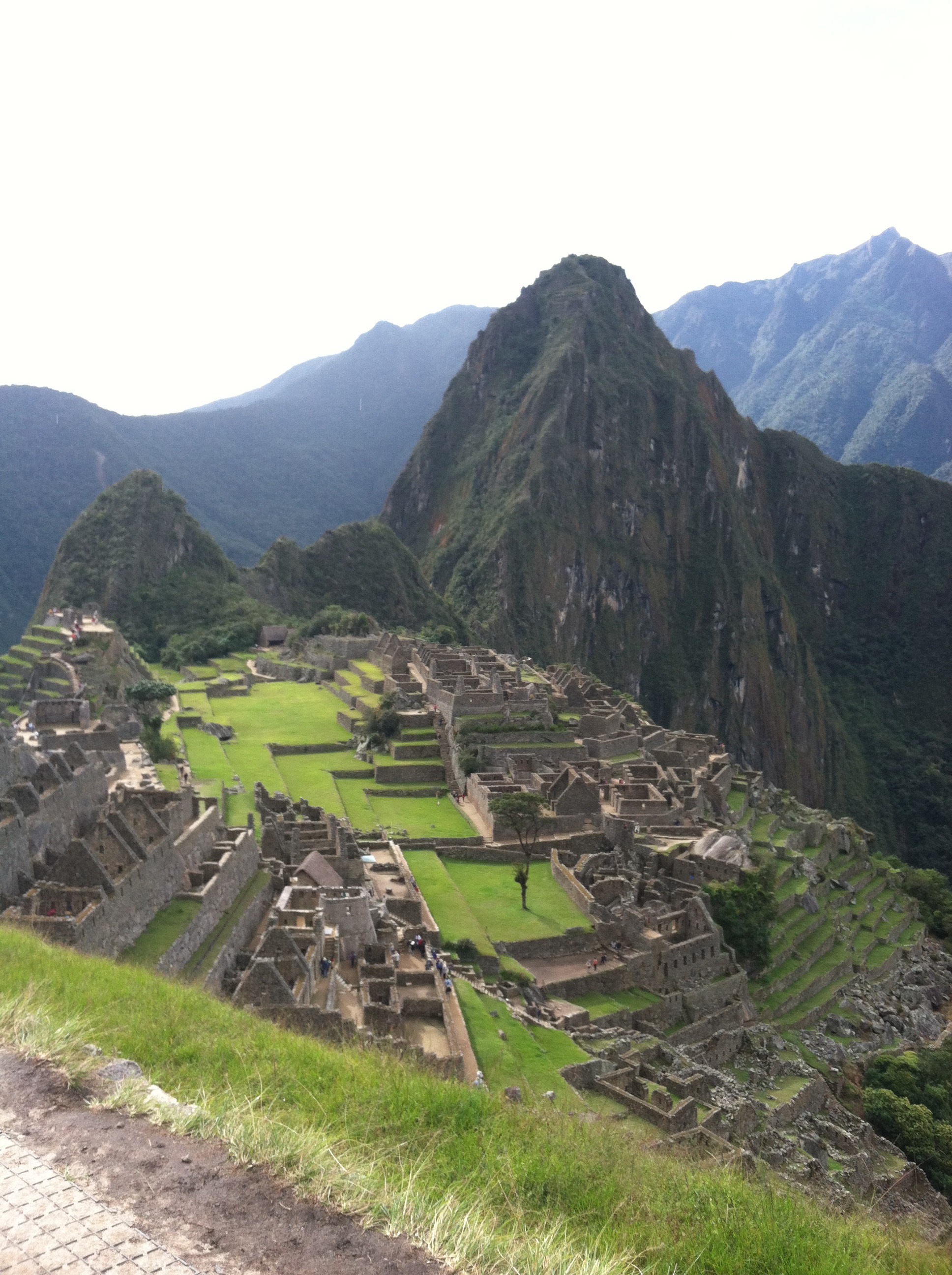 Description: Take a trip to one of the most interesting countries of South America, Peru. From its arid coast and largest city, Lima, through the Andes Mountains to Machu Picchu and the Sacred Valley, and beyond the Andes to the tropical forests and rivers that are tributaries of the great Amazon river. Explore the culture and cuisine of this amazing country.

Swimming with Gods:  Exploring the Nation, Oceans, and Myths of Fiji 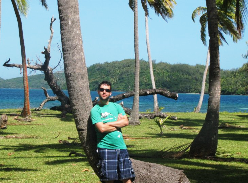 Description:  Join Collin College Professor Sean Ferrier-Watson for an upcoming talk on Fiji. Explore the blue oceans, exotic landscapes, and rich culture of this island nation through the experiences, art, and poetry collected by Professor Ferrier-Watson. Hear a talk on the legend of Dakuwaqa, the shark god, and his encounter with the reef guardian and learn the beauty and significance of Fijian folklore and ritual practices.

MEETING OF FRONTIERS: Native Peoples of the North Pacific Rim 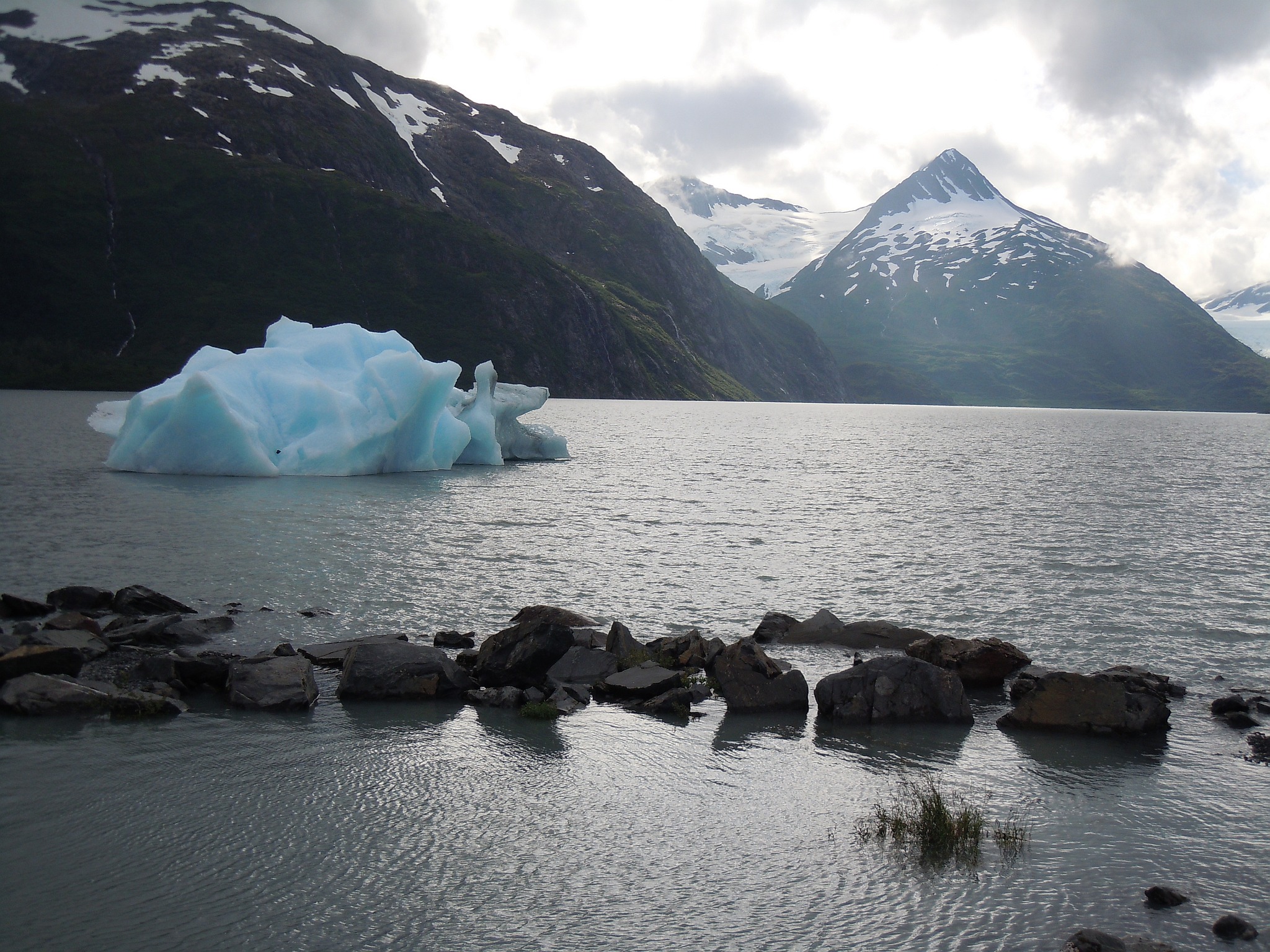 Description:  Travel with Tom and Sharon Hudgins around the north Pacific coast, from California to Alaska to the Russian Far East.  Discover the different groups of native people who live there, how they got there, and the similarities and differences among their cultures.

Inside New Zealand, the Faraway Land of Hobbits, Kiwis, and Glow Worms 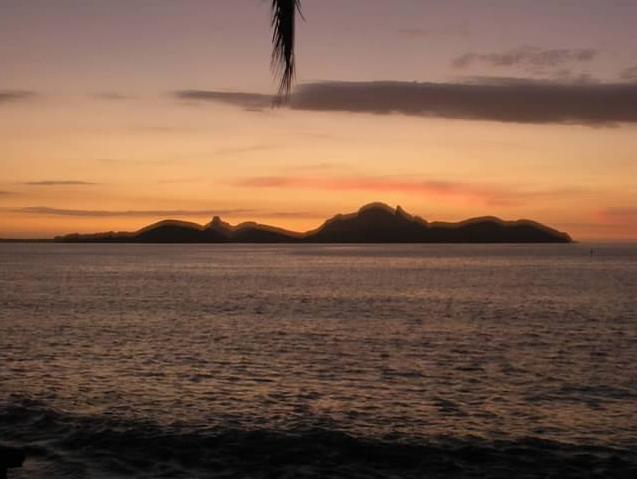 Description: Jump off of the world’s original bungee bridge, dive into Waitomo’s "glow worm" caves, and boat alongside Kaikoura’s rare, wild dolphins.  Professor Rebecca Harris will take you on a journey of the tiny yet stunning country of New Zealand, from the astonishing lakes of Queenstown in the South Island’s “Remarkables” mountain range, to the elegant city of Auckland in the north, and will bring to life a land of unmatched adventure and beauty.

Build a Bridge, Then Dare to Walk It: Collaborative Teaching Abroad 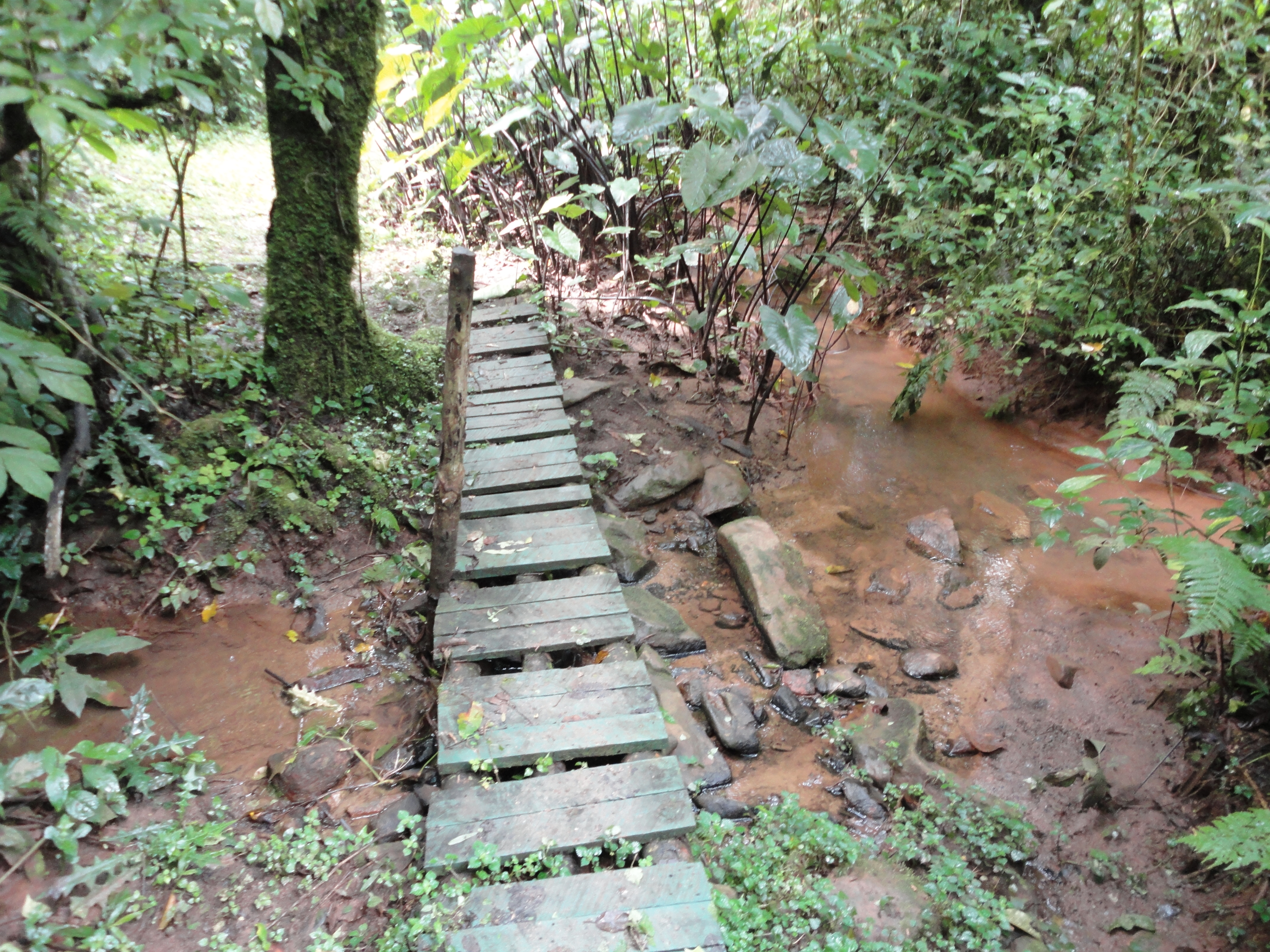 Description: Join Dr. Dixil Rodriguez as she discusses her humanitarian work in Kenya and Rwanda.

Description: Join Professor Whitney Pisani as she enlightens us about the ancient and modern Maya and their amazing contributions to society.